From MediaWiki
Jump to: navigation, search

The Mass General Brigham Network was formed in 1994 by two academic medical centers - Brigham & Women's’ Hospital (BWH) and Massachusetts General Hospital (MGH). Mass General Brigham's institutions have been collecting discrete patient information since 1975. Since 1999, this data has been warehoused in the RPDR, a central clinical data registry for inpatient and outpatient encounters serving to to support clinical research. Today, The RPDR contains almost three billion records from seven million patients. These records include patient diagnoses, medications, procedures, laboratory investigations and their results.

Data in the Platform are refreshed (updated) approximately every month. The most recent refresh was on January 30th, 2023. Click through the links below for information on each of the healthcare data categories that can be queried in the Platform.

Partners has collected various data types from its home-grown source systems since 1975, In 2015, Epic was introduced as the primary documentation software for electronic medical records, bringing even more data categories into the RPDR, which has grown steadily. 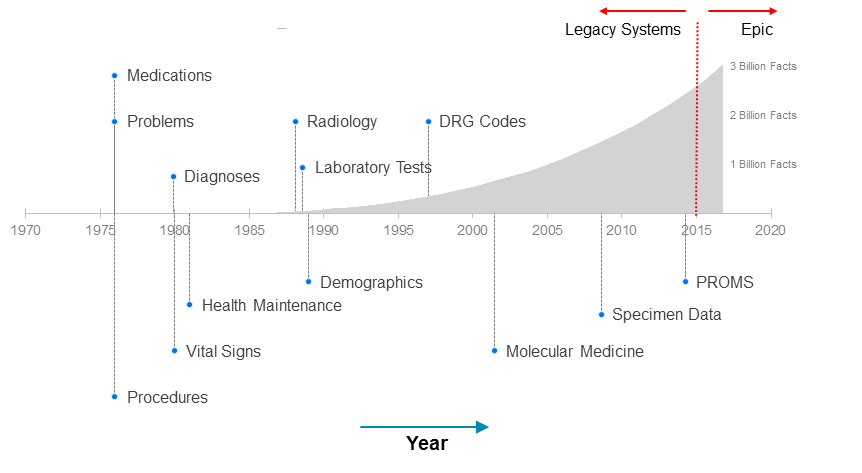